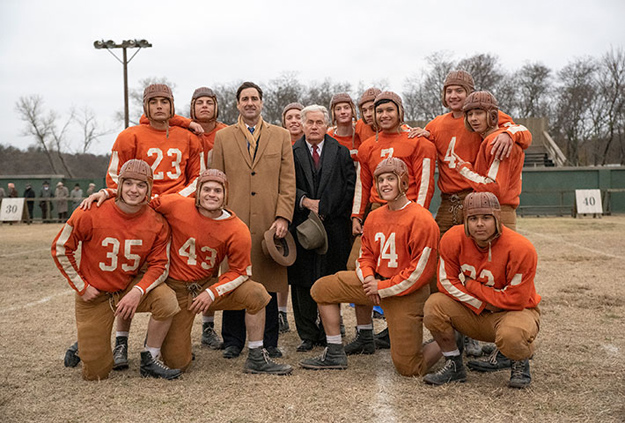 Event parking will begin at 7:00PM.

The Peterborough Museum & Archives (PMA) in partnership with the Peterborough Memorial Centre (PMC) is excited to announce the first ever summer season of its MUSE International Fine Films series!  Two feature films will be screened as part of the PTBOLive Summer Concert Series drive in, hosted in the PMC parking lot.  This film tells the true story of the Mighty Mites, the football team of a Fort Worth orphanage who, during the Great Depression, went from playing without shoes—or even a football—to playing for the Texas state championships. Over the course of their winning season these underdogs and their resilient spirit became an inspiration to their city, state, and an entire nation in need of a rebound, even catching the attention of President Franklin D. Roosevelt. The movie stars Luke Wilson, Martin Sheen, Vinessa Shaw and Wayne Knight.  The PMA’s summer film series is a new interpretation of its highly popular MUSE International Fine Film series, traditionally a partnership with Toronto International Film Festival Circuit Group and Galaxy Cinemas, regularly bringing fine film to Peterborough.  Ticket Information

Tickets go on sale Tuesday May 25 at 10:00AM online or over the phone at 705-743-3561 Fans are encouraged to get their tickets early as space is limited! General Admission: $40.00* *Prices are per vehicle. All ticket prices are subject to applicable fees and taxes. Prices are subject to change.